In Buddhist meditation, an important precursor on the path to full enlightenment is when one experiences something called Banga. It is explained as a test of the level of the sharpening of the mind. However, this definition of mind is completely alien compared to the conventional definition. One chooses points within the body at random, about the size of a fingertip, to focus attention on, even within an eye. It seems as though clusters of atoms are compressed with the encompassing gravitational force of consciousness which results in a release of energy. The light energy released by this process may be defined as a form of antigravity. This is the beginning of an entirely new state of being where one is no longer falling toward entropy, increasingly feeling as though one were not much more than a pile of meat suspended upon a rack of bones. This is the potential liberation from the bondage that has plagued humanity since the beginning. But this shift will take a lot more than Buddhist meditation alone. The meditation must be the final step upon a vast new foundation of human health generated through scientific inquiry into the true nature of the elusive phenomenon of human enlightenment. Expecting people to reach enlightenment not only without considerable resources and medical guidance but with much less than an average western middle class person has (which is usually the way they are expected to go) should be imagined as medical science and procedures in the early 1900’s. 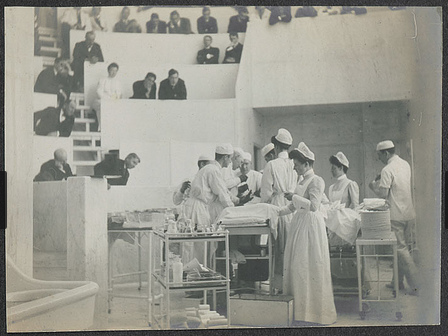 Those medical practitioners felt as though they were at the forefront of medical science. Looking back, anyone can see that they were in the dark ages. Working without gloves, in the very unsterile theater like environment where other professionals observed the surgeries with no barrier between them and the patient. Imagine all of this plus having to do the procedure on yourself and you will begin to get a more appropriate picture of why so few seekers become finders. Is Buddhism about becoming monks, or becoming Buddhas?

Almost inevitably, one may be thinking that a Buddha becomes a Buddha through abiding by an endless set of moral principles. I will let you in on the biggest secret of all time. That endless set of moral principles that everyone implicitly believes a person must abide by to become enlightened is mostly a construct created unconsciously  through the dysfunctional mindset of the unenlightened collective/collectives. If you follow every description of what an enlightened person should be as outlined by “normal” people through to it’s conclusion you will find they describe an individual who can not exist at all. That’s the collectives undefined definition of an enlightened being. Under this kind of scrutiny, anyone claiming to have any success on the path of enlightenment will be quickly met with people testing them and challenging them at every turn to see if they “measure up” to their unreasonable definition of enlightenment. Under this definition, the only way one can ultimately be enlightened is if one is dead. This is the collectives unconscious misinterpretation of emptiness, or no self. But the truth is more like if everyone were humming birds living on salt water, thinking it’s sugar water, the enlightened one has found the real sugar water. Therefore, the enlightened one is empty of self in the sense that they are no longer a sickly being struggling for sustenance and can therefore be filled with caring and compassion for others. The sugar water is therefore the primary source of the moral behavior. Prior to this, strictly following rules and moral principles will not lead one to the sugar water. The enlightened one can be the only guide to the sugar water, because the truth of how to get there is so unintuitive within the cultures surrounding us that it’s almost impossible for the enlightened ones to even guide the way. But at least there is now a chance. If they can survive the culture long enough to convey the message…

Why do I refer to the set of moral principles as “endless”? Because out of all of the animals on earth humans seem to currently represent a multiverse. The animals have similar consciousness to one another. Each human however, despite how it may appear on the surface, is almost alien from the other. Billions of humans, each in a constant state of flux between emotional states and perspectives. Mostly very volatile. How can any person satisfy an image of moral perfection in such an environment. Any action one takes can be criticized. Any non-action can be criticized. Ultimately you can’t do anything! You can’t even not do anything. So enlightenment is about all of us learning what will make humanity more stable and content. Not as volatile. That ultimately means what will make us all more healthy and strong. Working together to support life over competing with each other for a life.